In the early 1950s, a group of dedicated Vizsla fanciers organized the Magyar Vizsla Club, later to be renamed the Vizsla Club of America.

Since 1953, the club’s magazine, The Vizsla News, has helped inform and connect Vizsla lovers. In 1960, the Vizsla became the 115th breed to be formally recognized by the American Kennel Club.

Each year the VCA sponsors national events that include:

In 2000, the VCA Board of Directors established the Vizsla Club of America Welfare Foundation (VCA WF), a 501(c)(3) nonprofit organization to protect the health and welfare of the purebred Vizsla, including rescue and education. Learn more about the VCA Welfare Foundation.

The VCA WF partners with other breed clubs through the AKC Canine Health Foundation to sponsor health research, specifically epilepsy, lymphoma, hemangiosarcoma, and brucellosis. In 2008, the VCA WF collected more than 2,500 owner-completed health surveys to document current Vizsla health trends. The survey report is available here, and additional analysis of the data is in progress. Further, an active rescue program coordinates the efforts of 33 regional rescue organizers to help re-home Vizslas in need.

Become a part of the world’s largest community of Vizsla owners. Learn more about membership in the Vizsla Club of America.

Learn more about the history of the VCA 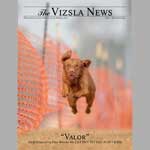 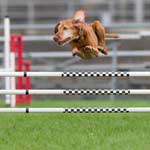 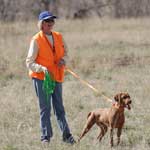